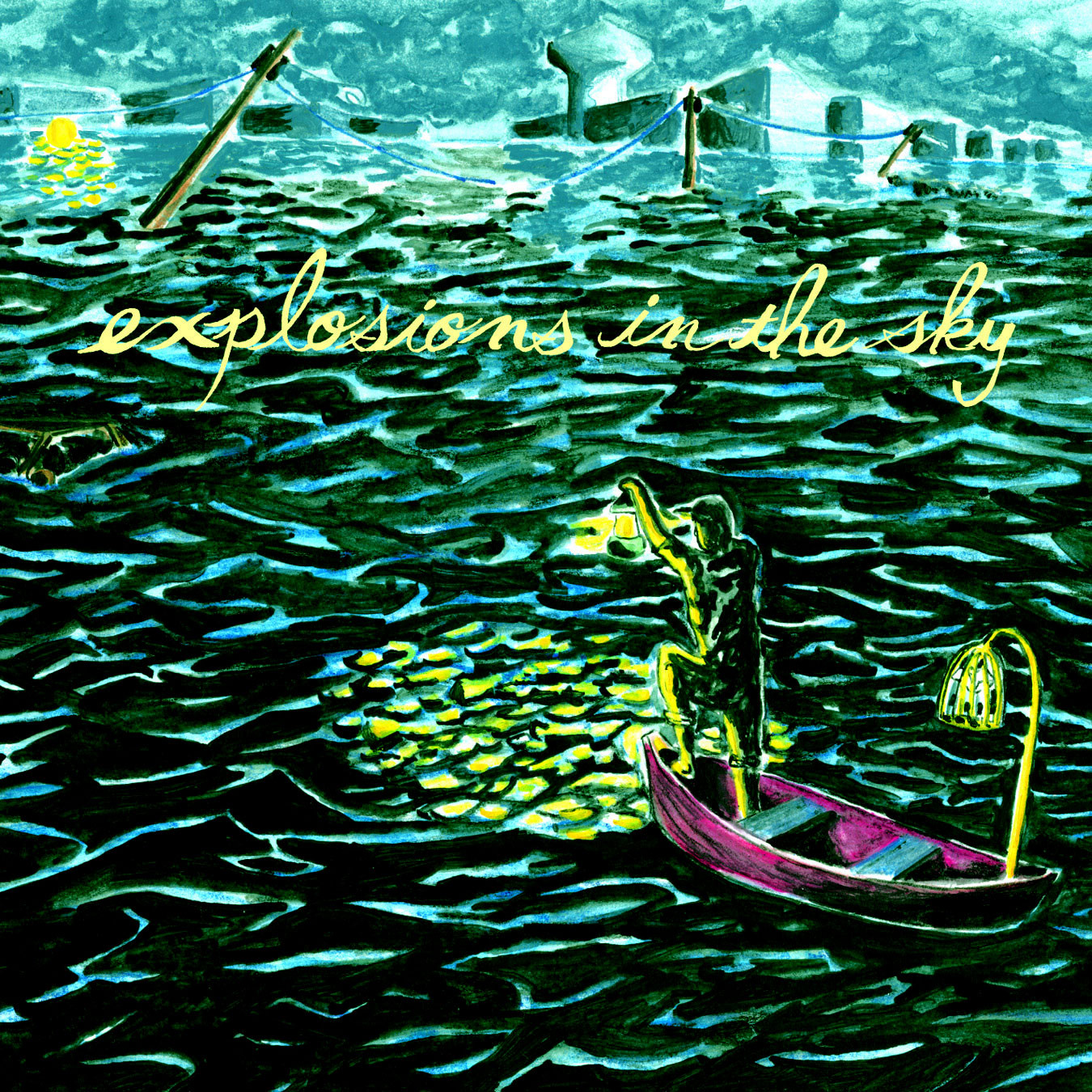 The dancer gracefully glides across the stage, with a slow but determined gait radiant with purpose. The movement is not her own, but neither is it forced. The sound uncoils itself as a rope and instructs the dancer forward, synchronizing her movement with the delicate pressure of the pianist’s fingers. There is no consciousness, no concept of time. The moment is forever captured in the combination of auditory and visual perception. Without a single spoken word, an emotion is tearing at the seams of the casual observer.

Converting the sounds of music into words is a difficult task. It is more difficult task when the sounds of the music lack lyrics. It is possible, but a difficult task even for the most skilled linguist. Yet the embedded meaning, value, and transmission of emotion present in the music speaks a thousand words in the human heart. What makes this so difficult to describe? I am still searching for an answer to this question, but Explosions in the Sky makes it easier for me by providing All of a Sudden I Miss Everyone, their fourth album. Originally released in 2007, the Texas-based band shares an irreplaceable part of human psyche and emotional strength through their six-track escapade. More solemn than my previous musical tribute, I take my own interpretation of this timeless album.

Explosions in the Sky (further referred to as EITS) leaves the listener with the album artwork to shape the mood and direction of the album. The artwork features a man peering over a boat amidst what appears to be a flooded city. His lantern dimly lights a reflection in the water. Fallen electricity poles and flooded buildings scatter the horizon. A mix of other artwork is accompanied in the full album artwork with the vinyl edition. Surrounding the image of the man in the boat are various other images, circling around the center like memories. One is of a ghostly-colored woman playing a piano, another of two children watching television late at night. Another is a dog with a flashlight running towards a person, one final basketball match lit by the sunset, and a man celebrating alone with a cake.

These images seem irrelevant to each other, but all of them connect back to the main image in the center: the primary cover of All of a Sudden I Miss Everyone. Each of the six additional images accompanies one of the six tracks on the album. The man is searching for these lost memories in the sea of regret and desire. The tides have risen far beyond normal and now he is the only survivor. Even though he does not drown in the waves of “have-nots” and wistful wishing, he is lost. Like a mountaineer without a compass, the protagonist of this album is seeking to rid himself of the loneliness that he finds himself immersed in.

The adventurous story of escape and breaking free of the sea is the plot buried within this album.

If the album title and artwork serves as the front cover of the book, the track titles serve as the table of contents for the listener. Each track of All of a Sudden I Miss Everyone represents an important milestone on the adventure to escape the sea of regret and tides of loneliness. Some tracks are defeated submission while others are bittersweet victories. Each track itself could be put into a powerful, hundred-page story. I have summarized my interpretation of each track below as briefly as possible. The purpose of this is to serve as pointers for interpretation, not definitive and irrefutable interpretations. That is a unique experience that you, the listener, must determine on your own.

The moral to this album is broad and widely open to personal perspective. But the moral that stands out to me seems clear.

It’s easy to become a victim of a system that feeds off of desire and material value. Desire leads to suffering from a longing to always have more. In the daylight hours, you always wish to do more, to have more. Everywhere around you, material wealth defines the value in the world. It shapes perspectives, it gives or lessens power. Trying to be above this is staying afloat amidst a flood. It’s unavoidable because it’s everywhere.

You have to build a boat to get a clear picture of everything. It’s hard to see around you when you’re submerged in the water. From this new perspective, you are able to see what matters most to you. Desire should be staved off. You have to give value to the things, to the people, that matter to you. Take all of this to heart and don’t let the indecisive nature of desire control your heart and your mind.

It may feel like your problems cannot be traversed. They are too much for a single person to bear. But you are never alone. When you least expect it, there is someone who cares more than you ever realized. There are resources available you had not seen before. There is always a way to getting better. Even in the darkest moments, there is a path to light.

Get “All of a Sudden I Miss Everyone“

The album is available in countless places. I hope my analysis has compelled you to at least listen to the beautiful sounds within the album, or possibly even have convinced you to support the work of Explosions in the Sky. They deserve every dime.

You can find this album at any of the following sources… happy listening.

Not sure of how to reach you but I wanted to tell you that this incredible review of this album is a huge reason why I got the album art tattooed on my shoulder. Thank you so much for putting it into words.

Wow, Paul! This really means a lot! I’m so happy you liked the review and it influenced you to get the tattoo. Although I can’t help but wonder what it looks like too!! I’d love to see it. 🙂